Finished in classic Colonial White with a beautiful black and white interior. It was recently released from the personal collection of country music superstar, Jim Owen. Showing 26,123 miles, it has been wonderfully restored and comes well equipped with its “port hole” hardtop, chrome wire wheels, fender skirts, power features, and more. 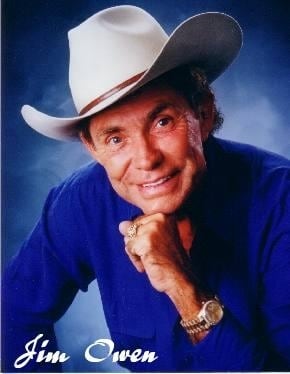 Jim Owen is an American singer/songwriter. When he was a child, Owen saw Hank Williams Sr. perform and became fascinated with the star and his music. After completing his education, he relocated to Nashville to work as a songwriter. Over the next few years, several artists topped the charts with songs that Owen had written. He never lost his obsession with Hank Williams and begun to impersonate his idol by practicing his mannerisms and stage presentation. Owen is the recipient of two Emmy awards, one for “Hank,” a PBS television special, and another for his portrayal of Hank Williams Sr. in a made for TV movie that he both wrote and starred in.

Daniel Schmitt & Co. – a family tradition for over 50 years