A family tradition for over 50 years, selling classic & fine motorcars throughout the world.
1948 INDIAN CHIEF 348 MOTORCYCLE
Questions? Contact Us
Signup for our Newsletter

Finished in classic Indian Red, this extremely rare Indian Chief has been subject to a recent restoration which included a complete engine rebuild, new clutch and more! It is now ready to ride and enjoy! This is an unusual opportunity to acquire an investment-grade Indian Chief at a tremendous savings. Buy with confidence; you will not be disappointed in this truly magnificent motorcycle.
HISTORY OF THE INDIAN CHIEF
Unlike a lot of motorcycle and automotive manufacturers, Indian managed to make it through the Great Depression, through the efforts of E. Paul DuPont. In 1929, DuPont–of those DuPonts–became president of Indian, and marked the beginning of the company’s heyday. In 1940, the Chief underwent a major transformation, from mere motorcycle to American icon. The frame was completely revised to include a sprung rear suspension that was vastly superior to Harley-Davidson’s rigid rear end. But more importantly, all the motorcycles in Indian’s line were also fitted with heavily valanced front and rear wheels, huge skirts that made the bikes unmistakable on the road. These styling enhancements–designed by G. Briggs Weaver–were an audacious step toward streamlining, and were heavily influenced by the style of the Cord 810 and the Auburn 851 Speedster, as well as Raymond Loewy’s streamlined locomotives. With some minor tuning, Indian Chiefs were capable of 100 mph, at the time, a benchmark in American production motorcycle performance. That year, Indian sold just as many bikes as Harley-Davidson. “Built like rocks to take hard knocks,” said the advertisements, adding “it’s the Harleys that cause grief.” 1940 to 1949 Indian Chiefs are among the most collectible motorcycles in the country, and the interest in them has faded little in the last decades. As an example, when the Guggenheim Museum opened its “Art of the Motorcycle” exhibit in 1998, nearly all the promotional material, along with the stunning coffee-table book commemorating the show, featured a red 1948 Indian Chief on the cover.
TRADES ACCEPTED - FINANCING AVAILABLE
Please note: All of our vehicles receive a comprehensive pre-delivery inspection before leaving our dealership. Kindly allow up to 14 days from the date of sale for your vehicle to be delivered. As we are currently experiencing a high volume of sales, we are doing everything in our power to deliver your vehicle as soon as possible!
Year:
1948
Make:
Indian
Model:
Chief 348
Color:
Indian Red
VIN:
CDH4887B
Stock Number:
405333 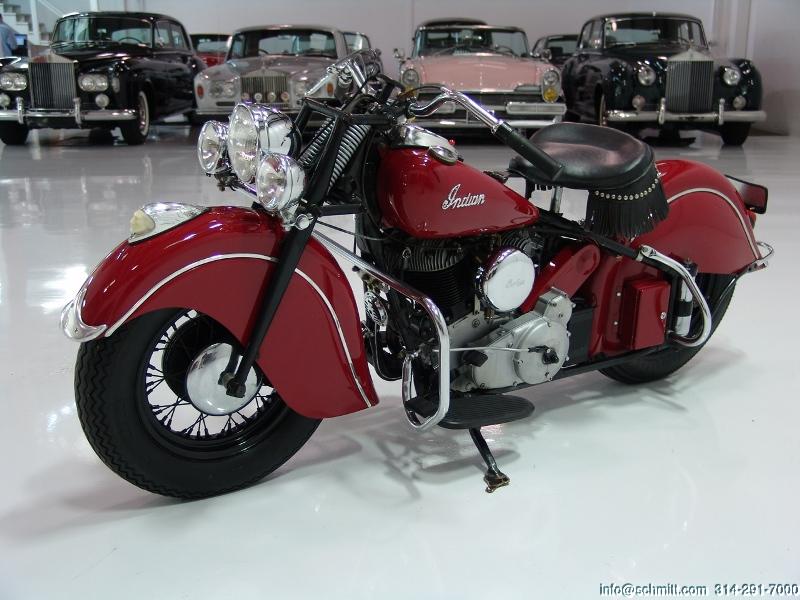 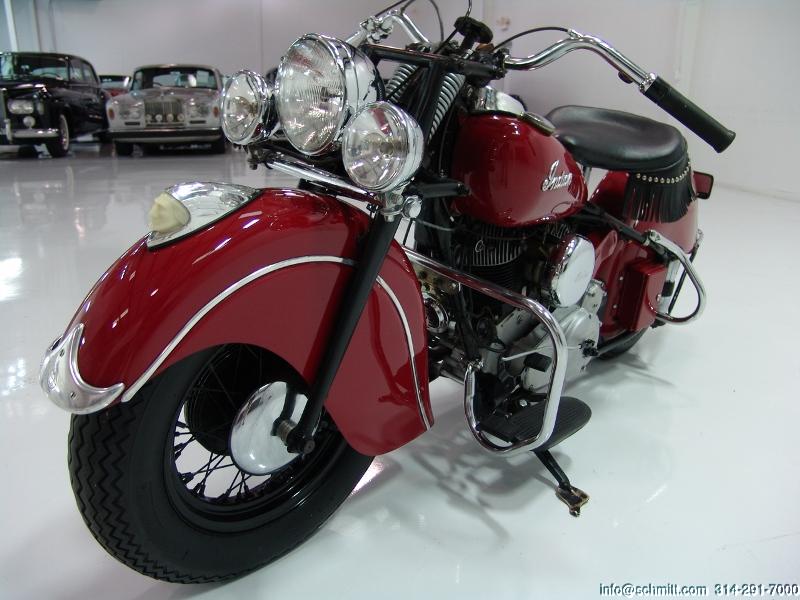 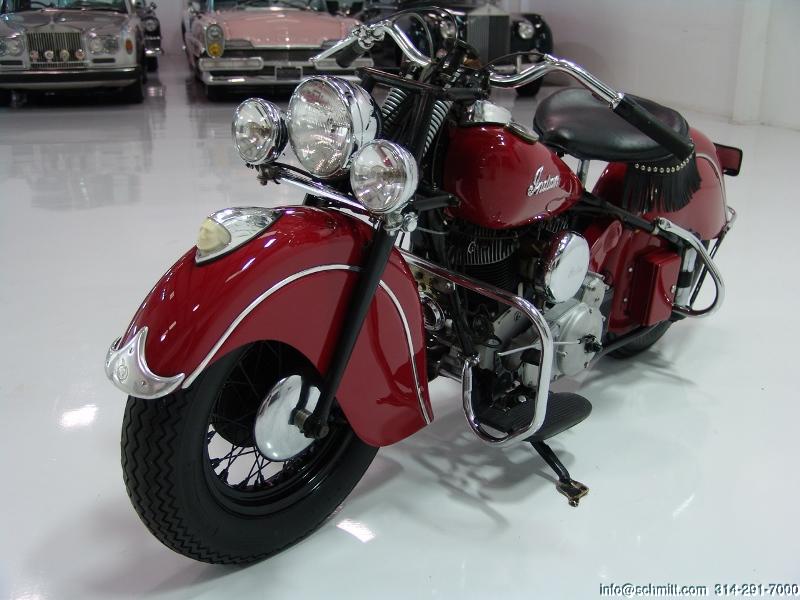 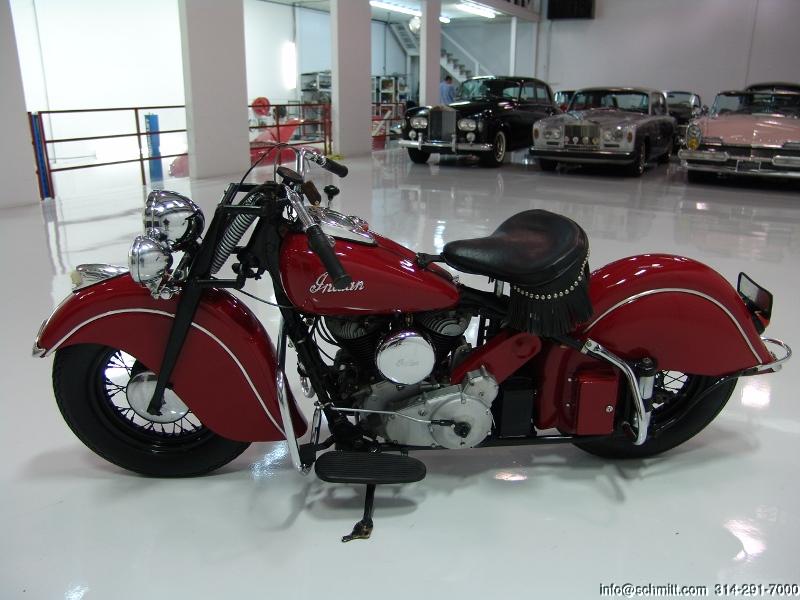 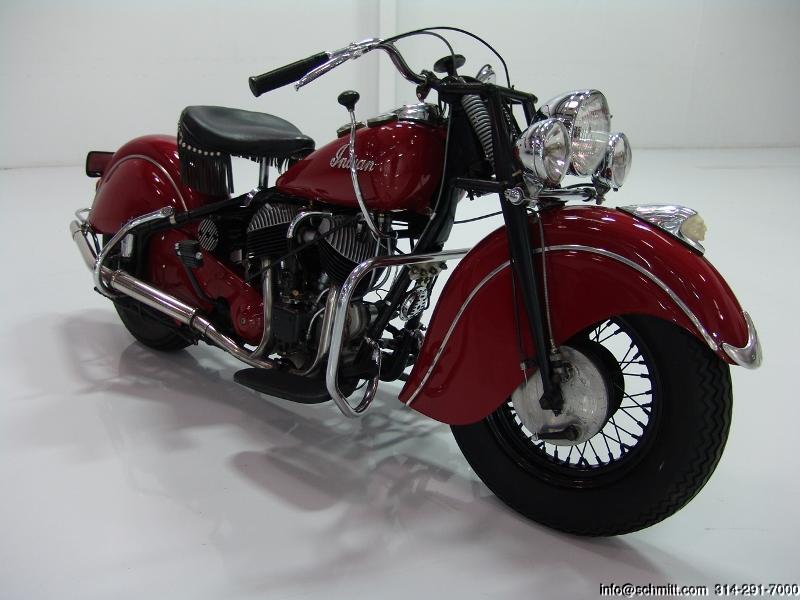 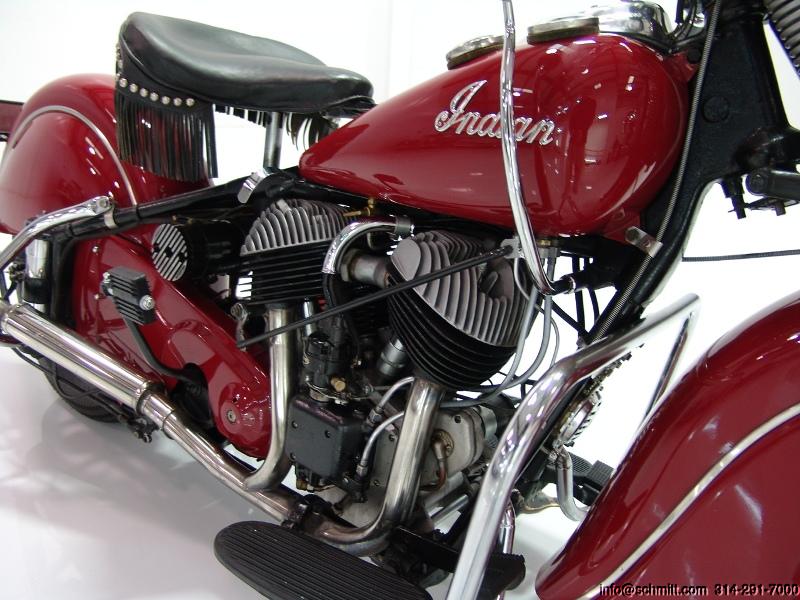 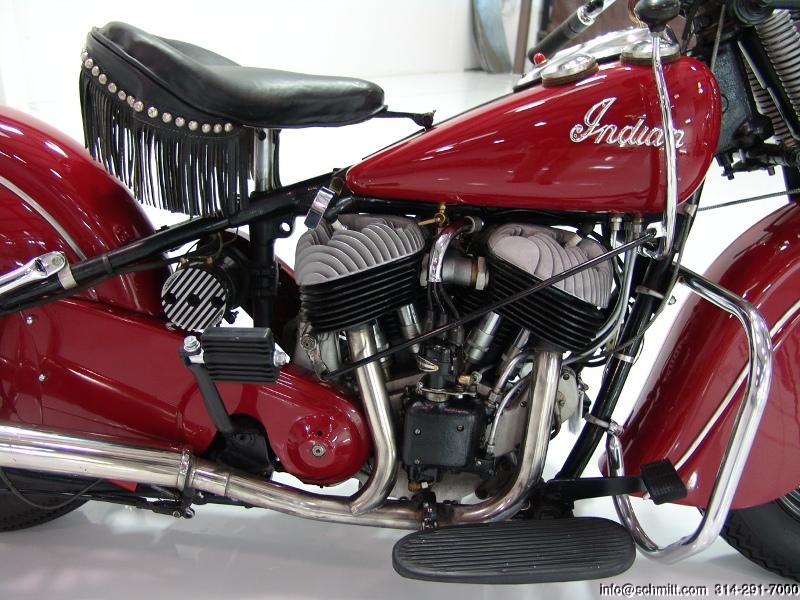 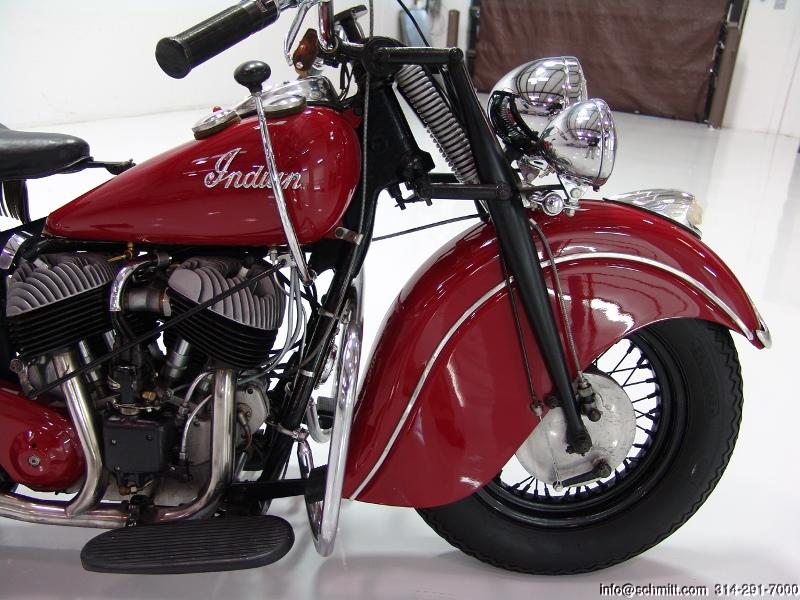 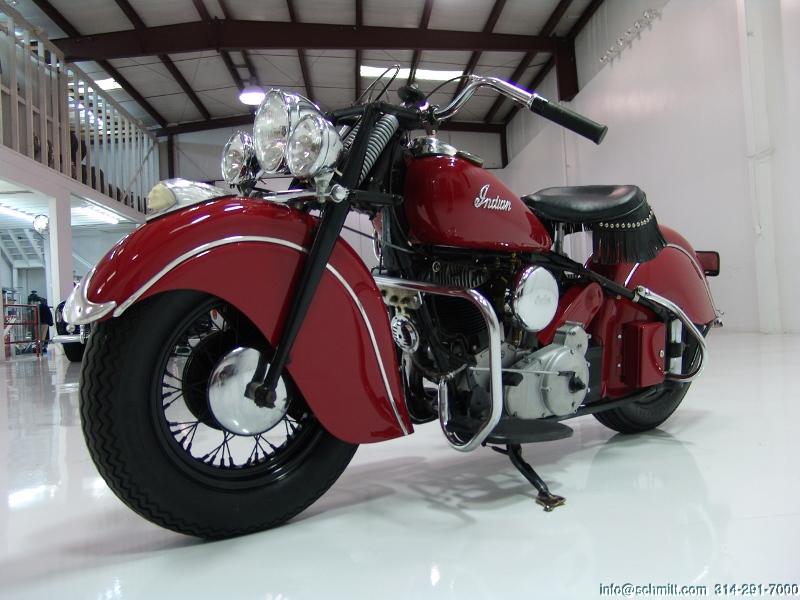 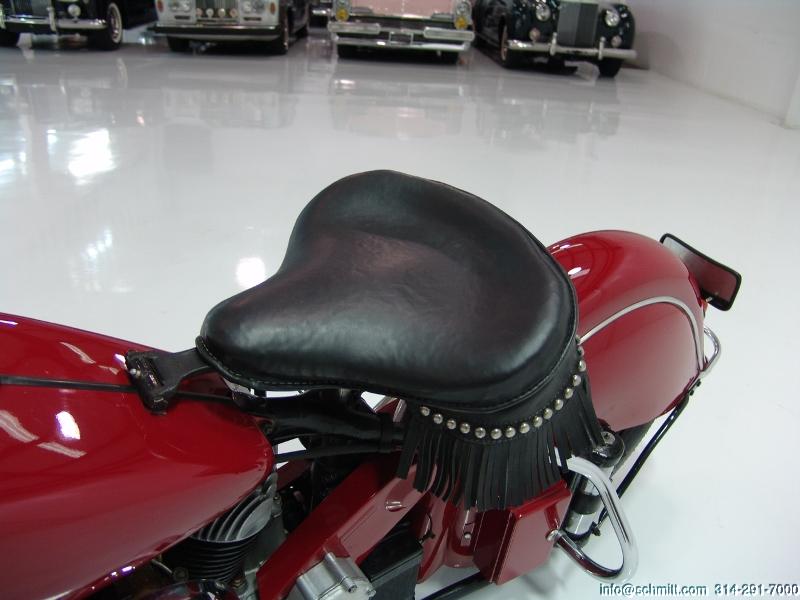 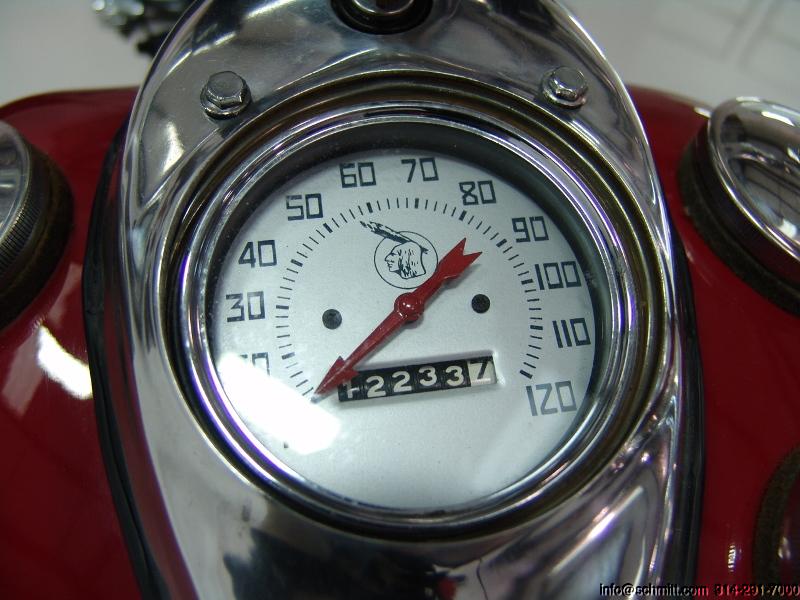 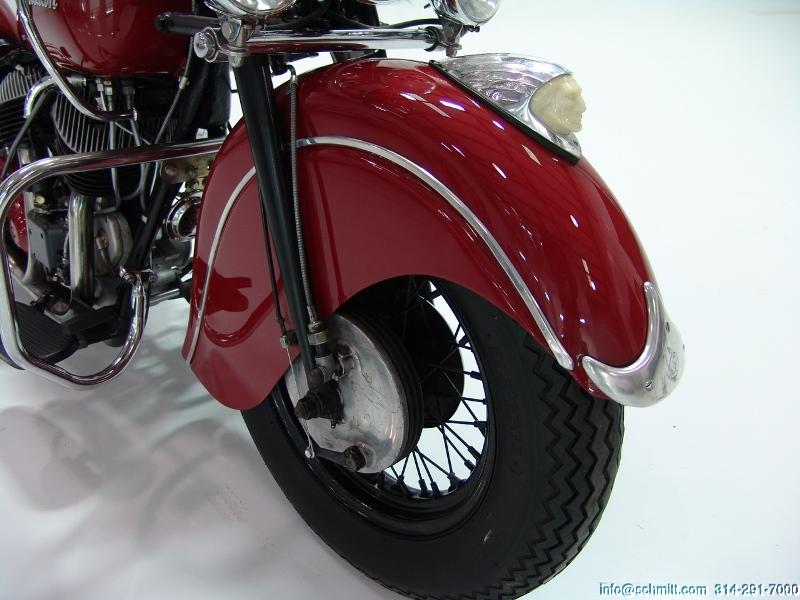 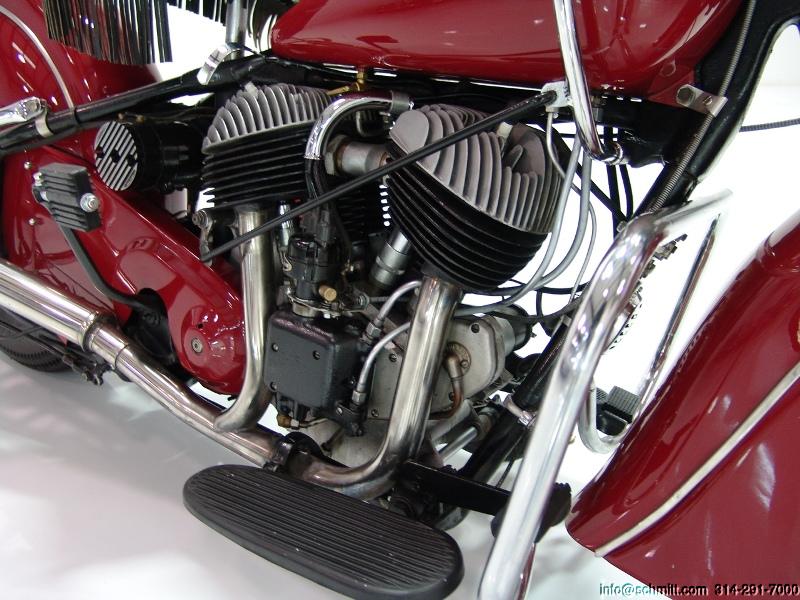 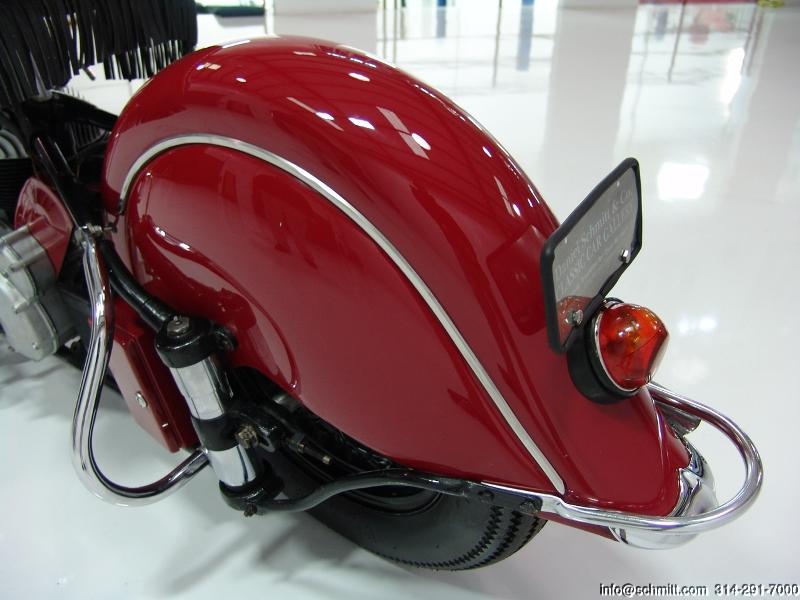 The top-of-the-line offering of the first-generati